Why Gender Equality Needs to Include Men 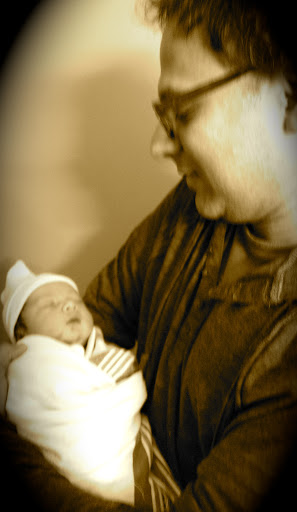 By Sangita Kasturi: Choices for Men at Home Means More Choices for Women at Work. Nearly every woman I know who has advanced to the highest levels in her organization has phenomenal support at home – the kind that allows her to work late nights, travel and really focus on her career. This is similar to the support that enables successful men who also work late nights, travel and free up mental space to think strategically about advancing their careers.
If we open up choices for men at home, we also open up opportunities for women at work. And that is exactly what Al Watts, president of The National At-Home-Dad Network and co-author of Dads Behaving Dadly does.

“My wife flies all over the world. She can do that because she does not have to worry about lunches or kids or doctor’s appointments,” Watts said. “Because I stay home with the kids, my wife has more options at work.”

But the term “working mother” belies the assumption that women still hold primary responsibility for the home. After all, you don’t hear the term “working father” even though there are plenty of great, single dads who balance work and home. Couples who make the stay-at-home-dad choice are often faced with criticism (he doesn’t do anything) or pity (poor guy couldn’t get a job).

A Lesser Man?
I even know some extremely ambitious, career-focused women who cannot imagine being married to someone who stayed home. It their own words, it made him less of a man. “That would be weird. I don’t think I would be okay with my husband not working,” one woman told me. As for her husband, he says “I would be okay with it. I am not as ambitious as she is, but I don’t think she would like that.”

Mitigating the Stigma for Men
According to Hogan Hilling, co-founder of The National At-Home Dad Network, co-author of Dads

Behaving Dadly, men are still disparaged for choosing to raise their kids, even though there are 2 million at-home dads in the United States.

“People wanted to know when I am going back to work. For years I heard that I was a bum,” said Hilling who was a stay-at-home dad for 20 years.

After having a baby, many working couple face decisions around childcare. Many factors determine the who stays home including income levels and job flexibility. But often, the decision is rooted in deeply held beliefs about gender roles. Happily, we are seeing some shifts in cultural messages as TV ads such as those for Tide detergent and Swiffer sweepers begin to showcase men in care giving roles.

“One of the great things about the women’s movement is recognizing their capabilities as leaders in the work world,” Hilling said. “That gave [men] the chance to prove our worth in the home. What can be more masculine than raising your kids?”

When Women Ask for More
If the wage gap was closed, thus positioning women to earn as much as men, would that help couples make different decisions about who gets to focus on career and who gets to stay at home? Perhaps. But first we need to past issues of unconscious bias that keep us entrenched in stereotypical beliefs about women and men.

Digging into data that suggest that women lag in salary partly because they don’t negotiate as effectively as men do, we see that many women do hold back – but not for lack of confidence. It is because when they do, it is not received well and may even backfire because we don’t like seeing women violate norms of femininity such as asking for more, taking credit, and having the wonderful audacity to know they can succeed even in roles for which they do not have prior experience. We call that “acting like a man.”

Build Potential, Not Gender Roles
In addition to consulting, I teach in a MBA program. Over the years, several female students have approached me telling me that they have or are going to receive “coaching” to learn to be “softer” and “more feminine.” It is uncomfortable for both genders anyone behaves in ways that go against the grain of our beliefs. And so… We continue to want women to be a certain way, and men another, instead of allowing people to live up to their own qualities – whether it is nurturing, collaborative, assertive,

We are getting better at making it easier for those who choose to tackle the home front and work front by offering onsite daycare, flextime and more. And we should continue to do so. But we are still not getting to the root of the matter by challenging underlying beliefs about gender.

It’s Not About a 50-50 Split
Gender equality means far more than a 50-50 split of chores in the home. It is about giving equal leeway for women and men, girls and boys, to be who they are even when they violate expected gender norms. It is about celebrating that some women are more outspoken, bold, determined and confident than other men and women. That they are not “acting like men” but are being who they are.

Family Issues Apply To Both Genders
Would more women stay in the workplace and positively impact the current 3% representation in the ranks of Fortune 500 CEOs if they had support at home? Would more men report higher levels of satisfaction in life if they were free to choose to stay at home? These issues – work, home, family, balance – are family issues, not just women’s issues. Why not make it more than acceptable – but desirable – for both men and women to have the real choice to stay home, or work or both?
We will have equality in the workplace when we have equality at home. Let’s stop limiting ourselves and others by the gendered expectations that define so much of our culture today.
________________________________________________________________
Sangita Kasturi of Action Inclusion drives organizations to transform how they hire, retain and promote women and people of color. Leveraging global insights across multiple industries, Action Inclusion builds the momentum to maximize existing talent, build new talent and equip leaders with the skills to leverage diversity and create a high-performing, inclusive workplace through strategies and workshops. Follow on Twitter @SangitaInSight or email skasturi@ActionInclusion.org. Connect on LinkedIn.

← An Accidental Culture
Video: Building a Culture of Diversity →